Alpha GPC (GPC choline) is a naturally occurring compound released from the breakdown of fatty acids. You can find them in small amounts in milk, soy, eggs, beef and wine. Alpha GPC capsules works effectively in improving memory, concentration and reducing oxidative brain damage. Its properties make this cholinergic a popular choice for those who want to improve their cognitive functions.

A German chemist named Adolph Strecker discovered alpha GPC in 1864. He then gave it the chemical name “L-Alpha glycerylphosphorylcholine”. The scientist also discovered choline, which helps in the biosynthesis of the neurotransmitter, acetylcholine. His discovery resulted to more research on the nootropic substance.

In Europe, physicians prescribe Alpha GPC as an Alzheimer’s and dementia treatment. In the US, it is available as a supplement in many standalone and formulated nootropics.

The cholinergic system is the area of the brain, which involves acetylcholine. Acetylcholine is a nootropic neurotransmitter vastly important in cognitive processes. These include memory, learning, muscle communication and sensory perception.

Alpha GPC is a biosynthetic precursor to the mentioned neurotransmitter. It is superior to choline and citicoline in improving both serum and plasma levels . In terms of cholinergic supplements, GPC choline is more effective in improving acetylcholine levels within the brain.

Structurally, alpha GPC is a choline molecule fused with glycerol. Its unique structure allows it to enter the brain more easily than choline alone, which is also an acetylcholine precursor. Once inside the brain, the body breaks the GPC molecule down and synthesize it into acetylcholine.

This medicine is useful in treating Alzheimer’s disease in Europe. It is available in two forms:

In the US, it is only available as a dietary ingredient used in supplements to improve memory and reduce “brain aging”. Some naturopathic American doctors recognize its benefits. They start to use it as a way to treat patients with dementia or cognitive decline.

Generally, a dosage of 100 mg – 500 mg is ideal as a supplement. It is best to start on the lower side and assess tolerance before increasing. When it comes to the dosage as a drug, it depends on several factors such as:

Alpha GPC is a chemical released during the breakdown of fatty acid found in soy and other plants. This rarely causes any side effects. However, if you feel headache, dizziness, heartburn, insomnia, or skin rash, stop taking it and consult your doctor. Since it is a naturally occurring substance, the chances of serious side effects are almost non-existent. However, consuming larger dosages increases the risk.

Remember that even when taking natural products, they are not always safe. Natural nootropics can still cause allergic reactions and side effects. Consider interactions with other medications. In this case, you can consult your physician, pharmacist, or healthcare professional before using.

Alpha GPC has few interactions with other medicines. The motion sickness drug scopolamine, which blocks acetylcholine receptors, does have a minor interaction with it. It can also reduce the effectiveness of scopolamine. There are no recorded dangerous drug interactions involving alpha GPC to date.

There have been many studies on alpha GPC and its effectiveness. Here are some highlight studies showing effectiveness in medical conditions:

The fact is that more research is still necessary to prove or disprove its effectiveness.

Stacking with Other Nootropics

Alpha GPC is very stackable. This means it combines well with other nootropics, namely the cholinergic kind. Here is the list of top alpha GPC stacks.

GPC choline works well with racetam. These include piracetam, aniracetam, oxiracetam, pramiracetam and phenylpiracetam. Since most racetams enhance acetylcholine receptors, the combination of an acetylcholine boosting supplement pairs quite nicely. Note that although this combination is effective, it also increases chances of minor negative side effects.

Acetylcholinesterase inhibitors are classes of nootropics and/or drugs that block the enzyme. This breaks down the acetylcholine neurotransmitter. The natural nootropic, Huperzine A and the Alzheimer’s drug, galantamine both fall into this category. Naturally, pairing acetylcholinesterase inhibitors with alpha GPC capsules is a synergistic. Remember that this combination can also increase the chances of side effects.

This nootropic helps improve your brain skills. It is good for your memory and thinking skills. As a bonus, it also reduces risk of Alzheimer’s, dementia, and other degenerative conditions.

While this is a great drug, the FDA in the US does not still approve it. However, you can see it widely used by doctors in European countries. Americans can also buy it over the counter as a dietary supplement.

Alpha GPC Capsules (50%) – 90 Count | 200 mg is stackable and naturally combines with cholinergic nootropics like the racetams. This nootropic may not be effective alone, but stacking with racetams can enhance its effects. It also reduces potential side effects such as headache. Another great bonus to buy alpha GPC is that GPC choline may be neuro-protective. It helps reduce oxidative damage related to aging. 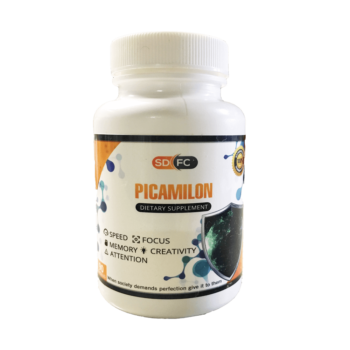 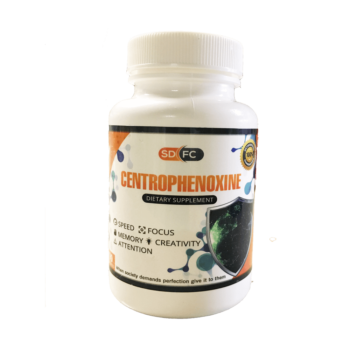 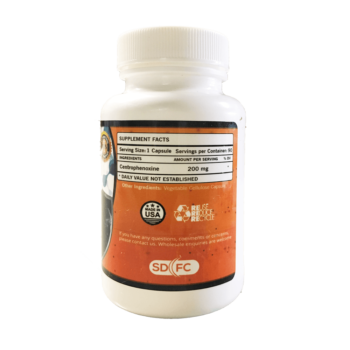