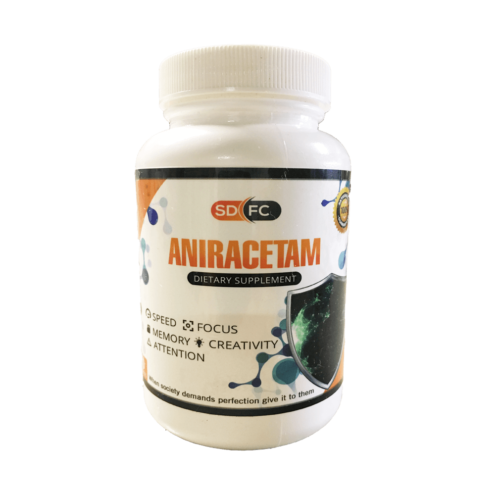 Aniracetam is a nootropic that is typically used in order to sharpen memory, improve concentration, and increase mental alertness. It tends to excite the AMPA receptors (ampakines) in the brain. This is the main mechanism that is responsible for the downstream effects, such as improved mood, less anxiety, and reduced depression.

The Aniracetam smart drug also acts as a strong neuroprotection agent. A study showed that it provides potential protection against brain trauma. It is a great memory enhancer through a brain chemical called brain-derived neurotrophic factor (BDNF), which acts as fertilizer for your brain. This is one of the main raw ingredients your brain needs for learning and memory.

According to some user testimonials, Aniracetam is often used by individuals with social anxiety to create a calming effect before engaging in social activities and last but not the least, it also affects the creativity and learning associated with certain parts of the brain. Some consider this effect similar to “putting pieces of a puzzle together” as associated by both research and anecdotes alike.

Aniracetam (N-anisoyl-2-pyrrolidinone) is a nootropic of the Racetam chemical class. It is more potent and effective than others. First developed in Belgium in the 1970’s by Hoffman-La Roche, it can promote better cognitive health and stability.

Aniracetam is available via prescription in Europe. Though it does not have the approval of FDA in the US, it’s still accessible over-the-counter. The safest dose a is around 500 to 750 mg. Extensively used in animal trials and isolated cases of healthy people, here are some of its benefits:

Its benefits on Acetylcholine receptors result in increased learning and memory processes. It also improves attention span. Several studies show its positive effects on ADHD patients. Furthermore, many users reported a great improvement in their ability to multi-task. It helped them manage their tasks in a more efficient manner. With that said, it’s no longer surprising to know that the highest number of its users consists of students.

The alleged effects of the supplement on learning make it appealing for many. It is more potent than Piracetam. It also requires a lesser dose to gain your desired result.

Aniracetam can boost focus and concentration. This benefit also comes with a boost in processes regulating fluid intelligence. It’s popular for its ability to help solve problems. This is possible by increasing left to right hemisphere brain communication. It improves focus and concentration through its primary effects on cholinergic and glutamate receptor functioning.

Work Efficiently as an Anxiolytic

Aniracetam also shows great potential as an anxiolytic. It has a positive effect on mood. It also reduces anxiety. Some theorized that it’s because it can increase serotonin level in the brain. If you have anxiety and clinical depression, then this supplement is for you. Its antidepressant effects could be because of its glutamatergic activity. This undergoes extensive studies in the last decade.

Many nootropics help patients with Alzheimer’s. Aniracetam is no exception. The reaction between the supplement and AMPA/NMDA reactors suggests that cholinergic drugs protect the brain. These also slow down brain aging. Trials with rats also show its renewed effect on aged subjects.

Aniracetam (in rats) demonstrated its ability to alleviate or reverse damage to memory and learning impairment. Furthermore, it can treat other cognitive diseases. It inhibits cognitive defects in the hippocampus. Also, it gets rid of Fetal Alcohol Syndrome symptoms.

Some studies show its benefits in treating insomnia and sleeping problems. It can control serotonin, which controls the body’s sleep-wake cycle. Furthermore, the increased activity of acetylcholine may have some secondary benefits for sleep.

Those with mild insomnia, who are not fond of using other stimulating cognitive enhancers, can take advantage of it. Those with sleeping and anxiety problems also stack it with Phenibut for better effects. Some may also combine it with other racetams to cause lucid dreaming. If you have sleep problems or anxiety, you may use the supplement.

Other than the above-mentioned benefits, Aniracetam is helpful in treating mild insomnia and other sleep-related issues by controlling serotonin which affects the sleep-wake cycle of the body.

Common side effects associated with this drug include anxiety, headache, unrest, nausea, diarrhea among others. It is also strongly advised that Aniracetam should not be used by pregnant or nursing mothers as its safety on developing babies is unconfirmed.

The safest dosage is of around 40 counts of 500mg or 60 counts of 750mg. Elderly individuals experiencing memory deficits or attention disorders with vascular origin have also been given 1500mg in a single dose or split into two doses.

This nootropic usually comes in the form of a film-coated tablet or oral capsule. One can also buy Aniracetam in granule or bulk powder form. The most common dosage is 60 count Aniracetam capsules of 750mg.

It was previously possible to buy Aniracetam capsules on vendors including Amazon and eBay.  But you will not find this nootropic agent sold at major retailers like CVS, Walmart, GNC, Walgreens, Costco or other local stores these days. It is almost exclusively sold through online websites that specialize in nootropics. One can buy Aniracetam capsules – 60 count/ 750mg from the Smartdrugsforcollege. The products of Smartdrugsforcollege come highly recommended from buyers all over the world. 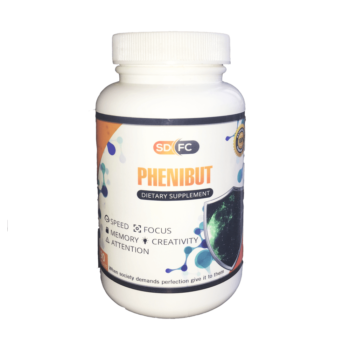