Noopept is the trade name given to n-phenylacetyl-l-prolylglycine ethyl ester. It is a common substitute for the nootropic Piracetam. Noopept has a neuroprotective effect on the brain and is used in the treatment of dementia, and certain types of brain traumas. It is said to improve memory, focus, and cognition and has also shown positive results in the treatment of Alzheimer’s disease.

Noopept is a very recent discovery in the nootropic category; Russia patented it in the year 1995.  It has neuroprotective attributes that help in the stimulation of specialized proteins called Nerve Growth Hormones (NGH). These nerve growth hormones prevent the degeneration of nerve cells in the hippocampus of our brain. It helps in the secretion of another protein called Brain-Derived Neurotrophic Factor (BDNF) in the brain cells. BDNF proteins empower the growth and survival of neurons in our brain. They promote the growth of new neurons as well as prevent any relapse of nerve cells.

Noopept also helps trigger glutamate receptors and their pathways in our brain. Glutamates play a crucial role in improving our memory and thought process. This nootropic is prescribed as an oral dosage as it easily permeates the blood-brain barrier and is, therefore, quite effective in treating mental disorders.

As per studies, it helps alleviate amyloidal oligomeric cytotoxicity in our brain cells, making it an effective treatment for Parkinson’s disease as well.

How the drug works

Noopept works by restoring memory and cognitive abilities during the treatment of Alzheimer’s disease. It prevents free radicals and cytokinetic accumulations in our brain.

It equalizes any imbalance caused by the rise or fall in the ionic levels of our nerve cells.  It has been used successfully in treating Neurotrophic deficit and excitotoxicity of the brain cells.

The results of a Noopept dosage vary from one person to another. For some, it may bring about a little difference in their memory and cognitive abilities while for others significant changes can be felt in remembering minute details from the past.

Noopept works in the manner similar to other Racetams, i.e. by targeting the Acetylcholine system. After its administration, it gets absorbed through the GI tract, reaching the brain-blood barrier where it starts showing its effect. It targets the glutamate receptors and slows down glutamate breakdown in the neuron cells of our brain. The glutamate level of our brain is directly related to our cognition and memory.

Noopept is also linked directly to our learning abilities, memory maps, and intelligence. It helps by increasing the oxygen levels in our brain cells, thus making our thought process much clearer and focused. It increases brain glucose levels that are essential for the upkeep of brain cells. It also improves the communication between the left and right hemispheres of our brains. It makes us more focused and meditative.

The drug functions as a positive modulator of acetylcholine and significantly improves the effects of acetylcholine at the receptor sites.  Since Noopept works in improving short-term focus and brain activity at the same time, it is a great option in treating a bad case of neuroplasticity. It works perfectly for those who are looking for a safe and completely legal medication to boost their intelligence, memory and cognitive abilities.

Benefits of the drug

Noopept helps to improve and increase your memory

It protects the brain

Noopept is much stronger than Piracetam

Side Effects of the Drug

Noopept poses a very low risk of side effects if it is administered according to medical practitioners’ prescriptions.  That being said, here are a few side effects found in users.

It is recommended to consume 15 mg – 20 mg of the drug to avail best benefits. It is a concentrated drug as opposed to Piracetam. It is a far better alternative to Piracetam as a small dosage of the drug is equal to a relatively large one of the latter. Around 15 mg of Noopept substitutes for 4800 mg of Piracetam for an average adult.

It is easily available online and can be ordered for personal consumption. 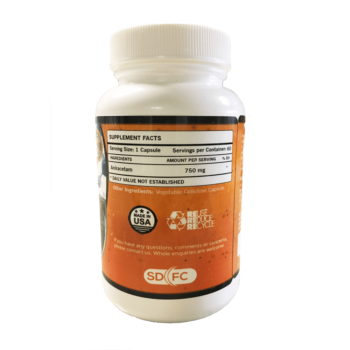