Phenibut is a nootropic used to enhance cognitive functions like memory, concentration, motivation and creativity. However, it is also used to treat social anxiety , insomnia, and stress, among others. While It is not illegal and can be bought online from any country in the world, it isn’t approved or regulated by government health agencies and is still considered a black market product.

The human body gets messages from the Central Nervous System through what is called GABA molecules. These signals unlock these receptors, allowing the body to relax, find relief from pain and feel sleepy. GABA receptors usually work at night or when a person is exhausted.  It can unlock this process and fast track the work of the GABA receptors.

Phenyl- y-aminobutyric acid or Phenibut is a synthetic version of the natural compound gamma-Aminobutyric acid or GABA. It was invented by a Russian team of scientists led by Professor Perkekalin in Leningrad in the 1960s. Their objective was to synthesize a drug for Russian cosmonauts to lower their stress levels. At that time, the available tranquilizers were too strong for the astronauts who needed to stay alert but calm while in space.

It was labeled a smart drug because it can target GABA neurotransmitters, raise GABA levels and cross the blood-brain barrier, something GABA is unable to do. Another reason why it has been tagged as a smart drug is that, when taken with other nootropics, the result is stronger cognition function and an improved overall mood.

What is Phenibut FAA? Phenibut FAA refers to the free amino acid form; the purer form of Phenibut. Technically, Phenibut FAA contains 20% more Phenibut molecules than Phenibut HCL. It is also more fast-acting and efficient, but must be taken intranasally, through the rectum or sublingually. It is a little bitter to the taste and usually comes in powder form. Once Phenibut FAA is ingested and finds its way to the stomach, it converts to Phenibut HCL.

What is Phenibut HCL?  Phenibut with hydrochloride salt (HCL) has a positive and negative electrical charge. It is very acidic but stable and easy to dissolve. It is best taken on an empty stomach because it needs acid to be absorbed into the system.  Most of the Phenibut sold today is Phenibut HCL. Taken orally, it has a metallic taste that is slightly sour and unpleasant. Phenibut HCL is also harmful to tooth enamel  and is not recommended to be administered sublingually.

Aside from providing temporary relief from social anxiety and stress, It is also used on post-op patients and persons who have problems with stuttering, balance, dizziness, vertigo and other vestibular conditions.

Insomnia, mood swings and memory lapses are other conditions that It can temporarily treat.  The Phenibut formula can also lower inhibitions without necessarily affecting a person’s judgment or logic. Errors in judgment while on Phenibut can occur because a person will suddenly feel empowered and bold enough to instigate social contact and interaction.

Since PIt is not regulated, the dosage can vary, although experts have set recommended standards which should be followed, especially by those who are taking it for the first time.

To enjoy the full benefits of It, men should take anywhere from 2 to 2.5 grams a day while women should start at 1 gram and should not exceed 1.2 grams a day. On the other hand, it is not advised for anyone, male or female, to take It more than twice a week.  The average time it takes for Phenibut to start to take effect is anywhere from 20 minutes to 2 hours, and the effects can last for up to 5 hours, although this can extend to the following day, depending on how your body responds to the supplement.

The initial reaction to first-time Phenibut users is the feeling of having a hangover. People who take Phenibut sometimes resort to “stacking,” which is taking Phenibut as part of a combination of other substances and stimulants.

What is Phenibut Stacking?

Taking a combination of supplements, drugs and other substances is called stacking. There are cases of Phenibut being taken alternately with another supplement. These individuals take immense pride in being able to “beat the system” without knowing the full extent of potential drawbacks for stacking. In brief, it is taking multiple doses of two substances to treat the same problem.

Signs of Phenibut in the Body

The body will respond to this supplement in different ways, such as:

Tolerance is probably the most pressing matter you may encounter with regular intake of It. Tolerance refers to not feeling the effects of the recommended dosage, resulting in a decision to increase the amount taken and frequency. People who develop a tolerance for It complain of increased anxiety and disrupted sleep.

The only way to avoid tolerance to It is by limiting its use. It is important to understand that It is a temporary solution. It is imperative to find a more stable treatment, even if you adopt a cyclical stacking schedule.

Stacking with prescription drugs or street drugs is dangerous and can be fatal. Those being treated for bipolar conditions, depression, epilepsy or similar medical issues should not be given It. Nor can It be taken with alcohol as it increases the toxicity of the alcohol and may cause you to lose consciousness.

Other potential issues with It include:

There have been several documented cases of unconsciousness from taking too much Phenibut, and It addiction cases that have affected work and personal relationships. Losing consciousness is temporary but can be frightening because the individual can be out for hours. Another concern is asparating while unconscious; there have been cases of users vomiting while blacked out.

Addiction to It has been addressed successfully, but there are the usual withdrawal symptoms which may require professional help. Scientists explain that, once addicted to It, your brain becomes used to having excessive glutamate in your brain. Consequently, if you decide to stop cold turkey, the excess glutamate results in depression, greater anxiety and insomnia. For this reason, tapering from It is usually the best course of action rather than abrupt cessation.

It may be a smart drug because it helps address certain issues difficult to treat like anxiety and mood swings, among others. But the risks may far outweigh the benefits considering it is a temporary solution to a serious problem.  At best, experts advise taking It with extreme caution, and one should veer away from buying It from unreliable sources. 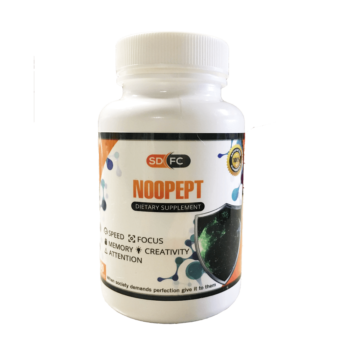 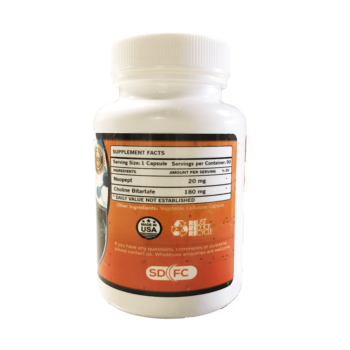